How it all started 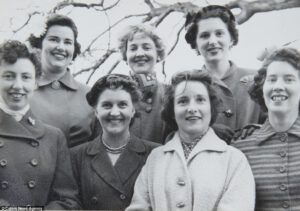 The Pickwick Club, as our club is officially called, was formed just after the Second World War when young British women followed their Dutch husbands back to the Netherlands to settle down to married life. Many of these ‘war brides’ came together through the church where friendships were formed. They began to meet informally to give each other help in their new lives in a foreign country. The group grew in number until the club was officially registered in the 1960 with the aim to bring together British women living in the Netherlands.

Over the years many ex-pats from the large multi-national companies filled our members’ ranks, and recently we are seeing a new generation of younger women with Dutch partners joining our club.

In 2010 we opened up our membership regulations to include women of other nationalities and to reflect this change we are now also known as ‘The International Women’s Club of Rotterdam’.

We still maintain our original aim, which is to provide a social meeting place for all women.